Willodell Golf and Country Club was officially opened in the spring of 1964, the actual “soft” opening occurred the fall prior in 1963, when the course was first played by owners and guests only. During this short period of play, the wives of the twenty five original owners played the course equipped with wooden baskets into which they deposited rocks they picked up between shots. It was, according to the remaining original owners, not uncommon to see a “conga line” of owners and wives spread across a fairway walking and collecting rocks still remaining from the original fields. The Willodell “ditches” are remnants of that farm. During this early opening the owners borrowed grass cutting equipment from Mount Carmel. In return, the Brothers played golf for free.

“Willodell” was named for the farm’s location in Willoughby Township and the name of the family, from whom the farm was purchased, Dell. The Dell family was descended from United Empire Loyalists, a group of British patriots, who fled into Canada, after the American Revolution during the late 1700’s and early 1800’s. This group is also responsible for the many “numbered names” of streams and creeks found in the Niagara Region. Twenty Mile Creek is approximately, twenty miles inside, what was then a British Colony, Upper Canada.

In 1961, Bill Bockel won the Club Championship at the original Oaklands Golf and Country Club, which is now Marineland. In September of that year, a group of Oaklands members went to watch Mr. Bockel play in the Champion of Champions Tournament at Port Colborne Golf and Country Club. When the tournament was complete, the group moved on to one member’s cottage on Lake Erie for dinner and cocktails. After several hours of socializing and complaining about conditions at their own club, the group decided, that they should “build their own golf course”.

Volunteers went out on a property search and found the two hundred acre Dell farm, located between Lyon’s Creek and Tee Creek, which was available for $35,000. The initial consortium of seven went looking for additional investors and the farm was purchased by a group of twenty-five avid golfers.

An aging Nicol Thompson Jr, nephew of famed Canadian Golf architect Stanley Thompson, was retiring from his duties as Superintendent of the Niagara Parks’ Whirlpool Golf Club designed by his uncle. Thompson was approached by the group to lay out the design for Willodell Golf and Country Club over the fields of the Dell Farm.

The original layout of eighteen holes, starting with two par fives running along Lyons Creek, reversed for many years, was reinstated several years ago. This original design provides one of the best and most challenging finishes in Niagara. Over the years, the greatest change in the course has been in the maturing of the hundreds and hundreds of trees planted largely by hand by the original members. Willodell has gone from being a farmer’s field to a beautifully manicured Parkland course, whose trees get taller every year.

In speaking with three of the remaining four members of the partnership (from the left, Bill Bockel, Colleen Brown and Jack Tanner, Dick Gibbs was absent at the time), their hopes for the future are that the traditions of Willodell Golf Club continue, as they originated them. That Willodell Golf Club of Niagara remains “a place to play and enjoy”, this game, we all love. 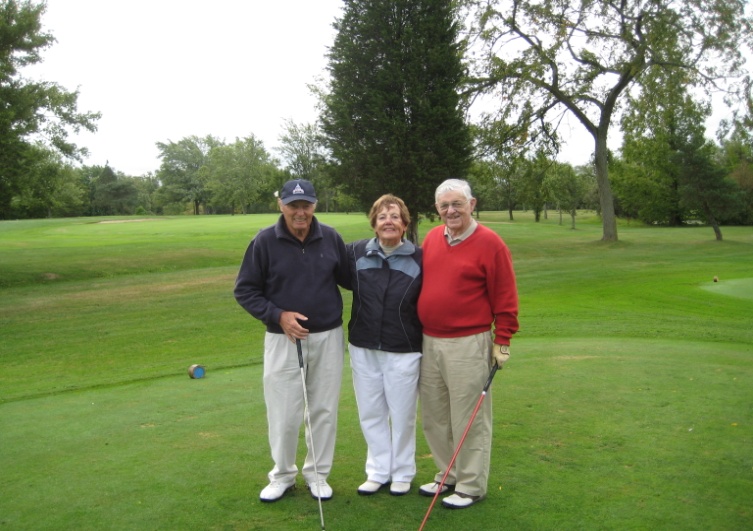